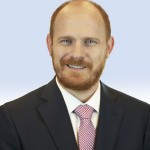 The DHS has issued official directives that policies and regulations be made based on President Obama’s executive order on immigration that will affect both individuals and businesses.

For individuals, the DHS has stated that they should begin accepting applications for “deferred action” within 90 days of November 20, 2014 for certain childhood arrivals and within 180 days of November 20, 2014 for certain parents. Importantly, deferred action does not confer any form of legal status but, if granted, does allow an individual to work and remain lawfully present in the United States for a three year period. The new policies include:

For businesses, additional guidance should come, as stated in the DHS directive, “in a timely manner.” The directives include: