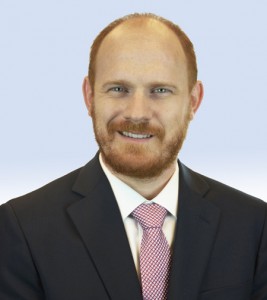 Patrick is Board Certified by the Texas Board of Legal Specialization in Immigration and Nationality Law and his area of expertise includes removal defense, appeals, motions to reopen, waivers, family based immigration, naturalizations, and employer compliance issues with Immigration and Customs Enforcement.

Patrick has successfully represented clients before the Executive Office for Immigration Review in removal defense and in litigation of deportation. His appearances include engaging in administrative proceedings before the Immigration Court and Board of Immigration Appeals as well as several appeals to the Federal Court of Appeals for the Fifth Circuit. Additionally, Patrick has obtained a temporary stay on a Temporary Restraining Order and Habeas Corpus filed against Immigration and Customs Enforcement in a Federal District Court. Patrick has successfully filed Motions to Reopen, Motions to Terminate, applications for Cancellation of Removal, Asylum and Withholding of Removal, and other various waivers. Additionally, Patrick has obtained U visa certificates for victims of crimes from the Harris County Sherriff’s Office, Houston Police Department, Harris County District Attorney’s Office, and in State Family Court.

Additionally, Patrick also fields many cases involving family based immigration. He has filed Adjustment of Status applications, including in Immigration Court and with U.S. Citizenship and Immigration Services. He has successfully represented clients with issues including being “grandfathered” under INA 245(i), proving admission by being waived through at the border, and attending I-130 “Stokes” interviews for alleged fraud. Patrick has prepared and filed successful Motions to Reopen before U.S. Citizenship and Immigration Services as well as appeals to the Administrative Appeals Office (AAO). Additional notable representations include:

Patrick has also conducted numerous in-house I-9 Audits as well as representing companies during actual I-9 audits conducted by ICE. Patrick has obtained reductions or complete withdrawal of all fines in previous cases. In addition to audits, Patrick has also made numerous I-9 presentations to large groups of HR personnel and has assisted companies in creating and implementing their company procedures for E-Verify and I-9 Verification.

Patrick lives in Houston where he enjoys biking and cooking. Patrick is a member of the American Immigration Lawyers Association.

Texas, 2008
U.S. Court of Appeals for the Fifth Circuit
U.S. District Court for the Southern District of Texas 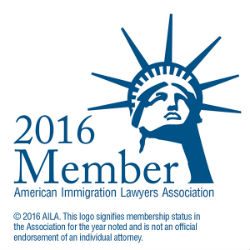