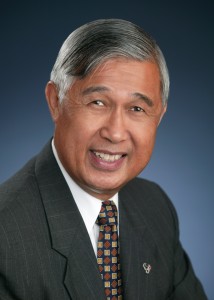 Harry Gee, Jr. attended the public schools of the Houston Independent School District and graduated from Rice University with a Bachelor of Arts degree in Business Administration and Economics in 1960. He enrolled at the University of Texas School of Law and attained his Bachelor of Law degree in 29 months when he graduated in January of 1963.

Mr. Gee was licensed to practice on April 30, 1963 and in May of 1963 was appointed as Assistant Attorney General of the State of Texas where he served in the taxation, bonds, insurance and banking and the highway divisions under Attorney General Waggoner Carr. In 1966, he began the private practice of law in Houston, Texas. When the State Bar of Texas adopted board certification, he was among the first group of attorneys to be qualified as a Board Certified Specialist in Immigration and Nationality Law in 1979 and subsequently, he chaired the Examination Committee for Immigration Board Specialization for five years. Mr. Gee has been recognized as an authority in the field of immigration law, not only having lectured at seminars and institutes conducted by Rice University, University of Oklahoma, Texas Tech University, University of Houston and the American and the Texas Immigration Lawyers Association but also having chaired two immigration law conferences at his alma mater, The University of Texas.

Actively involved in various legal organizations, Mr. Gee served as President of the National Asian Pacific American Bar Association, 1990-91, an organization comprised of attorneys of Asian ancestry throughout the country. During his term, NAPABA established the Thomas Tang Moot Court competition which has become a most prestigious event at the annual NAPABA conference. He has been recognized for his service and leadership and awarded the NAPABA Trailblazers Award. He has also served as a member of the Board of Governors of the American Immigration Lawyers Association, Chairman of the Texas Chapter of AILA for two years, Chairman of the Immigration and the Law Day Committees of the Houston Bar Association, and as President of the Asian American Bar Association of Houston. In 2005, the Asian Bar of Houston honored him with its inaugural Impact Award. In 1993, he was honored by his colleagues in his election to the Board of Directors of the State Bar of Texas and chaired the Texas Board of Legal Specialization. His family has established a Presidential Scholarship at the University of Texas in the field of Immigration Law in honor of his parents, a Red Rose scholarship at the University of Houston-Downtown, a scholarship at the University of Texas Health, a Chinese Professional Club academic scholarship and a scholarship in honor of Antje Gee for Rice women athletes. In 2005, the Houston Bar Association Women’s Auxiliary presented Mr. Gee the prestigious Leon Jaworski Award for his significant community service, the first minority to receive this honor. In Chicago, the American Bar Association presented him with the Spirit of Excellence Award in 2006.

Mr. Gee is a Senior Fellow of The American Leadership Forum and served as Chair of the organization. He is also a member of the board of the Greater Houston Partnership, the Institute of International Education, The Center for Houston’s Future, the University of Texas Health Science Board and the Houston International Festival Foundation.

For four years, he served as President of Sister Cities of Houston, Inc., an organization dedicated to the promotion of cultural, educational and economic interests between Houston and its sixteen sister cities throughout the world. He had previously served as president of the Houston Taipei Society for three years. Also, he chaired the Houston Council on Foreign Relations and the Houston International Festival Foundation. Mr. Gee has served the community as the President and Chairman of the Friends of the Houston Public Library. During his chairmanship, the format of the annual book sale was established so as to substantially increase its sales revenues. He has also served as President of the Gee Family Association and the Chinese Professional Club and during his term of office the club raised and made its largest contribution to its scholarship fund. He had also served as President of the Chinese American Citizens Alliance for two years. Among the many other boards he has served on are the National Conference of Christians and Jews, the Mickey Leland Kibbutz Program, the Greater Houston Community Foundation, the University of Houston Law Foundation, the Child Abuse Prevention Council, the Asian American Coalition and the Institute of Chinese Culture, the United Way, the Gulf Coast Regional Blood Center, the Children’s Fund Task Force of the Joint City/County Commission on Children, the Jefferson Award and the advisory Board of JPMorgan Chase, Houston.

In 1999, Mr. Gee was elected as chair of LEAP, a national organization promoting the advancement of Asians into positions of leadership within their companies, educational institutions and communities and instituting research and publication of public policy analysis germane to the Asian community. He is one of a select few Chinese from Houston to have been invited to join the prestigious Committee of 100. Because of his concern about education, he has served as a member of the Board of Directors of St. Thomas University, the Annenberg Challenge, the Concerned Houstonians for Effective and Superior Schools Committee, the Citizen’s Initiative for Higher Education, Class Chairman of the Rice University Alumni Fund Drive, President of the Rice University Chinese Alumni Association and as an Executive Advisory Committee Member of the University of Houston Creative Partnerships Campaign and the Chancellor’s National Advisory Committee. He was on the Board of the Association of Rice Alumni and served as President of the Rice Alumni Association from July 1, 2006 to June 30, 2007.

Mayor Bob Lanier appointed Mr. Gee as a founding member of the Steering Committee of Imagine Houston and appointed him as the first Asian to the board of the Metropolitan Transit Authority. Mayor Lee Brown appointed Mr. Gee to the Board of Houston 2012, a non-profit foundation which promoted Houston as the site of the 2012 Olympics. Mr. Gee served on the Super Bowl Host Committee as Chair of the Community Relations Committee responsible for the establishment of the Youth Education Town (YET Center) resulting in contributions of over $2,000,000 to the Houston community from the National Football League and the Houston Host Committee to create two YET centers in the community, the first time the NFL created two centers in the same year.

Harry has been happily married to the former Antje Wuelfrath for more than 40 years and they are the proud parents of three children, Andrew, Claudia, and Sonja, who are 1997, 1999 and 2001 graduates of Rice University respectively and are especially proud grandparents of eight adorable grandchildren.

The Super Lawyers List is a Thomson Reuters rating service, for which Harry Gee, Jr. was selected for the years 2003 – 2014.