The USCIS announced that Iranian nationals are no longer eligible for nonimmigrant E-1, treaty trader, or E-2, treaty investor visas because of the termination of the 1955 Treaty of Amity, Economic Relations and Consular Rights with Iran. Applications for extension of stay filed after the termination date of October 3, 2018 are being denied. Those Iranians who are holding previously approved authorized stays under the E 1-2 classifications will be permitted to remain in the United States until the expiration date.

Thus, it is imperative that if you are presently in E 1-2 status as an Iranian that you confer with our office immediately to ascertain other possible legal eligibilities to remain in the United States. I would not recommend that you plan on traveling out of the country before qualifying for another nonimmigrant classification as I believe you will not be permitted to reenter even with a valid existing E 1-2 visa. 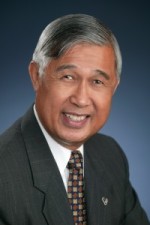 When the State Bar of Texas adopted board certification, Mr. Gee was among the… Read more