Individuals hoping to receive their employment-based green cards as part of USCISâ€™s final push at the end of year should now have a good idea of where they stand. The changes may also impact the ability to file certain adjustment of status applications until October 1, 2022 when next yearâ€™s numbers become available. We are monitoring this situation for updates from USCIS.

Adicionalmente, the government has released the Octubre 2022 Visa Bulletin. Notablemente, the visa bulletin contains a significant retrogression for India EB-2. India EB-3 saw some forward movement. After these changes, the final action dates for India EB-2 and EB-3 are now both the same at April 1, 2012. The filing date for India EB-3 is also two months ahead of India EB-2.

This retrogression is due to the large number of individuals who transferred their pending adjustment applications from EB-3 to EB-2 based on a USCIS recommendation earlier this year. While it remains to be seen if India EB-3 outpaces India EB-2 in the coming months, many of these same individuals may again move their adjustment of status back to their EB-3 petition in an effort to have their cases completed earlier if the trend continues.

Should you or your employees have questions about how these changes impact employment-based green card cases, please contact Gee & Zhang LLP. 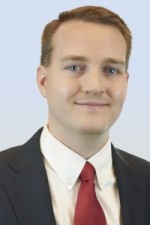