Immigration and Nationality Act § 214(b)

(b) … who is coming temporarily to the United States to perform services (…) in a specialty occupation…;

(L) subject to section 214(c)(2), an alien who, within 3 years preceding the time of his application for admission into the United States, has been employed continuously for one year by a firm or corporation or other legal entity or an affiliate or subsidiary thereof and who seeks to enter the United States temporarily in order to continue to render his services to the same employer or a subsidiary or affiliate thereof in a capacity that is managerial, executive, or involves specialized knowledge, and the alien spouse and minor children of any such alien if accompanying him or following to join him;

Among the elements that many of the nonimmigrant visa classifications of INA §101(a)(15) require in order to overcome the presumption is that the foreign national maintain a “residence” abroad that he or she does not intend to abandon. The notion that the individual will intend to depart the United States but simultaneously have a permissible long term intent to remain permanently (“dual intent”) is an exemption from the prohibition of abandonment of foreign residence. The three visa classifications exempted by the INA provision are H-1B (but not the Singaporean and Chilean H-1B1), L, and V. 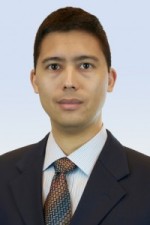