On September 5, 2017, the Trump Administration announced it will phase-out the Deferred Action for Childhood Arrivals (DACA) program. The Department of Homeland Security has published a memorandum y FAQ outlining the agency’s timeline for the phase-out over the next six months. Five key takeaways include:

With nearly 800,000 DACA recipients and the uncertainty surrounding the future of these benefits, many companies and individuals may be affected by the DACA phase-out. To determine how these changes will affect your business or personal situation, please contact Harry Gee & Associates for more information. 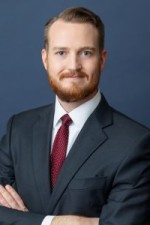