MANAGERIAL CAPACITY means an assignment within an organization in which the employee primarily:

(4) Exercises discretion over the day-to-day operations of the activity or function for which the employee has authority. A first-line supervisor is not considered to be acting in a managerial capacity merely by virtue of the supervisor’s supervisory duties unless the employees supervised are professional.

Therefore, it is required that we submit evidence to establish that the beneficiary meets all four criteria stated above in order to qualify as an L-1A Manager. For this a letter signed by an individual authorized by the prospective employer describing the alien’s employment addressing each requirement. Further for the general L regulations we would show that the alien was employed by a properly related entity for one continuous year abroad within the three years immediately preceding the filing of this petition, or if the alien is already in the U.S., immediately preceding his/her entry as a nonimmigrant, and describing the intended employment in the U.S. The statement would additionally include information concerning the dates of employments, job titles, specific job duties, types of employees supervised, if any, level of authority, and title and level of authority of the alien’s immediate supervisor. If the application will not satisfactorily address each element as a Manager for the foreign position for one year prior to coming to the U.S., the employee may still qualify as an L-1A based on work history meeting the requirements of an L-1A Executive or as an L-1B as an individual with Specialized Knowledge. 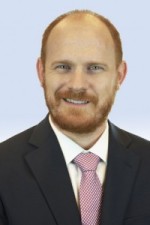